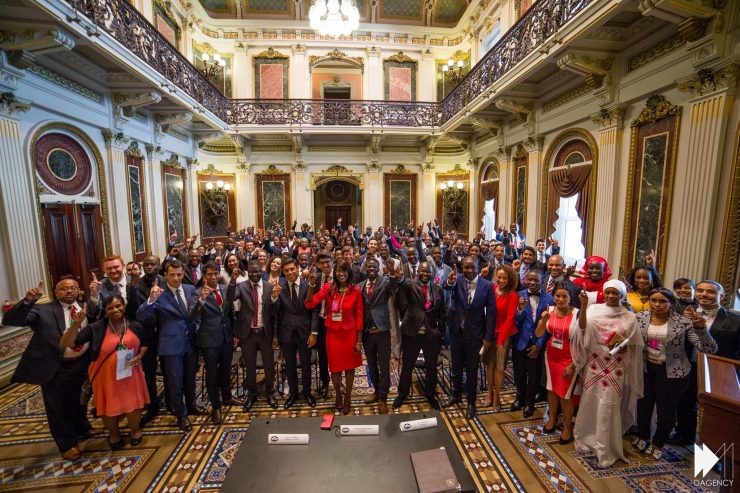 “Our attitude towards immigration reflects our faith in the American ideal. We have always believed it possible for men and women who start at the bottom to rise as far as the talent and energy allow. Neither race nor place of birth should affect their chances.”
Robert F. Kennedy

On September 16, 2015, I attended an intriguing panel at the White House.  I was among only a handful of Americans in the room filled with over 120 majority Africans from a number of countries in the continent, and others from Europe, the Middle East, India and Latin America as well. I spend a majority of my time abroad, and the closest I have come to being an immigrant is spending years abroad. I can understand though, the experience of being ‘the other,’ as in my own life even in America, I have often been the ‘other.’ I love, embrace and welcome ‘other.’ The overwhelming majority of immigrants I’ve met in my life, and call my friends, are brave, courageous and very hard-working. They contribute their talents, creativity, empower and educate us. They are smart, generous, funny, and have added tremendous value to my life.   We were welcomed in the Indian Treaty Room by White House Domestic Policy Council Director, Cecilia Muñoz, who initiated the dialogue with remarks about various government initiatives, including the “Task for for New Americans” program. Felicia Escobar, Special Assistant to the President for Immigration, along with officials from the U.S. Small Business Association, the U.S. Department of Labor, and the U.S. Department of Education also informed us on the administration’s immigration policies and we had some great panels on immigrant contributions, issues and personal examples. I sat right in the front row so I could really absorb the discussion and feeling. I thought of my sister, an ESL teacher, and all the beautiful ESL students I had when I was a science teacher in NYC. Everyone has a story, an interesting story, and we can learn so much from each other if we cultivate a genuine interest in and appreciation for ‘the other.’ I left even more inspired to continue on my path of advocacy global creativity.